Home » The Dangers of Combustible Dust 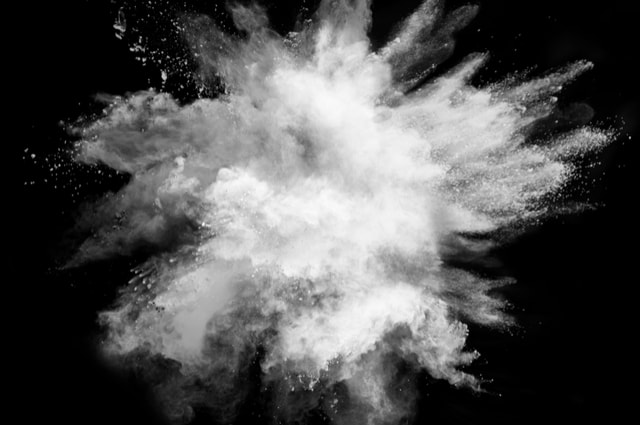 In February 1999, an explosion in a Massachusetts Foundry killed three people and injured nine. The same scenario repeated itself in January 2003 when an explosion in a pharmaceutical plant located in North Carolina killed six and injured 38 individuals. The same year, another explosion in a Kentucky acoustics insulation manufacturing firm killed seven and injured 37. Five years later, an explosion took place at a Georgian sugar refinery that ended up killing 14 and injuring 38 people. The list seems endless. However, in all these explosions and many more, one thing was clear. The culprit was dust.

What are Dust Explosions?

A dust explosion is defined as the fast combustion of small particles suspended in the air, most notably but not always in enclosed locations. Dust explosions could take place in locations where dispersed combustible materials are present in high concentrations in the atmosphere or any other oxidising gaseous elements such as oxygen. Tiny particles of metal dust and metal particles are the by-products of the manufacturing process, and a cloud of them requires a spark to explode – which, in turn, can loft even more dust that triggers further explosions.

Dust explosions are dangerous and harmful. Since 1980, more than 133 people have been killed by dust explosions in the United States alone. Despite killing people, these sorts of explosions have the capability of destroying buildings and hurling individuals across a room. Individuals caught in dustexplosions are often burned by the intensity of heat within the burning cloud of dust or get injured by flying objects and other falling structures. Furthermore, reports of people who have lost their sight or the ability to hear clearly as a result of dust explosions are not new. These are some of the dangers of dust explosion.

How to mitigate Dust Explosions

Dust explosions continue to kill and injure people. The statistics and staggering figures on the number of people killed or injured by these explosions are worrying. Something needs to be done urgently to eliminate incidences of dust explosions.

First of all, it is important for industries to invest in industrial vacuum cleaners among other industrial cleaning equipment tocontrol fugitive combustible dust. These equipment collect combustible dust into disposable bags which could then be piped outside. Furthermore, to avoid such explosions, the following needs to be done:

• Heated surfaces and systems should be separated from dust
• Dust residues should be cleaned at regular intervals
• Cleaning methods that do not generate dust clouds should be adopted
• Only approved vacuum cleaners for dust collection should be used
• A hazardous and dust inspection, housekeeping, testing, and control program needs to be developed and implemented
• Industries should utilise surfaces that minimise the accumulation of dust while facilitating cleaning
• Escape of dust from ventilation systems or process equipment should be minimised.